Making Your Experience Stand Out on Your Resume 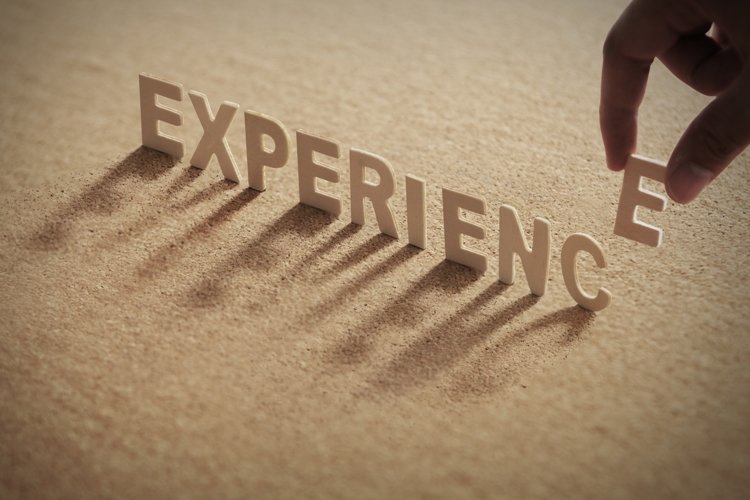 The resume is a staple of most job opportunities representing the price of entry in most cases. Consequently, “getting it right” when it comes to developing a resume that appropriately highlights your skills and experience and, from a veteran’s perspective, being able to translate military experience into language that most hiring managers, HR professionals and recruiters will understand is critical. Unfortunately, that can be easier said than done.

Zachary Vickers, a resume expert and career advisor at Resume Companion, says: “The number one mistake that I’ve noticed with veteran resumes is the reliance on military jargon or acronyms to describe their duties while serving. This makes it difficult to effectively communicate the valuable talents that a veteran can offer an employer.” Most hiring managers, he points out, “are unlikely to understand the specific responsibilities associated with a veteran’s MOS, AFSC or NEC—the classification system for the various jobs within the branches of the military.” It’s therefore important, he stresses, for veterans to use common speech when writing their resumes.

As Derek Henry-Williams, a search consultant with Red Kite Recruiting and Army veteran, points out: “Remember less than 10 percent of all Americans serve in the military. Achieving an expert marksmanship in BT does not translate to a catering manager position at face value.”

Dawn D. Boyer, PhD, is CEO of D. Boyer Consulting, and a resume writer and career consultant. Some of the top mistakes that she sees on veterans’ resumes include:

Instead, she says, veterans should focus on metrics to illustrate contributions they’ve made in meaningful ways. She offers a few examples: “…built an XYZ unit that saved over $40K in overhead costs for the military command,” “…researched, analyzed, identified and obtained requisition permission to install ABC software, reducing staff hours by XX hours weekly and increasing productivity by X% over a two-year period.”

In addition, she says, veterans should detail the education, training and certifications that they’ve received through third-party training organizations, certifying agencies and educational institutions that are relevant to the position they’re applying for—and, she says, it’s important to list computer skills: “Not just MS Office software, but additional technical software, hardware and related technical knowledge and skill sets that will set the job seeker apart from the competition for that job.”

Another potential stumbling block, says Henry-Williams, is understanding the difference between a federal resume and a civilian resume. “Federal resumes are written in a format that applies to federal jobs, often listing details in your military career that just don’t translate to a civilian career path,” he says. “Civilian resumes are the highlight plays of your military career.”

Standing Out From the Masses

Carlos Perez, a retired Army Colonel with more than 26 years of active duty now works as a civilian for the America Armed Forces Mutual Aid Association (AAFMAA) as Chief Operating Officer. The goal for veterans in creating their resumes, he says, should be to stand out from the masses—not to be the same by using the same language others are likely to be using. For instance, he says: “A look at most military resumes will show ‘strategic leader,’ ‘team builder,’ ‘people person,’ or similar descriptors.” They’re not necessarily “bad” terms, he says, but “it’s safe to assume that most veterans seeking employment will be using similar terms.” The challenge, he says, is to focus on what makes you different from other potential applicants.

Highlighting measurable accomplishments, says Perez, is important. “Think of it as a ‘show, don’t tell’ approach. “Even on paper you can convey skills like leadership and strategic thinking by detailing tasks or accomplishments and sharing concrete results that these skills enabled you to generate.” For instance, he offers: “Harvard-educated Army officer with experience in supply chain management,” instead of “Strategic leader with administrative and logistics background.”

Of course, when you understand something very well—like the military terminology you’ve been steeped in—if can be challenging to follow the advice of “don’t use military terminology.” So, suggests Perez, call upon people you know without military experience to read and give you feedback on your resume. “If they don’t understand, neither will your prospective employer,” he says. In addition, sites like O*NET OnLine can provide you with a helpful crosswalk to translate your valuable military experiences into more commonly understood language in the civilian environment.

MILITARYHIRE HAS JOBS FOR VETERANS

Standing out in a crowded talent marketplace